a travel and outdoor blog

With the impressing Mount Säntis dominating the scene the Alpstein is one of Switzerlands most iconic mountain ranges and has become popular with the instagrammers the past few years. I finally found the time to explore the area for myself with a beautiful two-day hike featuring a cosy guesthouse on a mountain top, hiking along steep ridges and swimming in icy cold lakes.

We started the day rather late, arriving in Wasserauen around noon, only to realize that seemingly everyone had the same idea as us. Parking the car took a while, and when we got to the cable car we were mighty glad, that we decided to hike all the way up. The queue was superlong 🙂

So past the queue we walked and into the the forest and rather straightforwardly the trail climbed gradually up towards Äscher. We walked past some grazing cows and alpine meadows and after a good two hours reached the famous guesthouse Äscher, a wooden house built on a steep ledge that has become a popular tourist photo spot. The place was not surprisingly very crowded and after drinking some refreshing apple cider we decided to continue on upwards. We did take a little detour walking some 10 minutes towards Ebenalp to pass the famous mountain chappel Wildkirchli and the trail through the caves and tunnels. We did head back down to Äscher afterwards and continued our trail to Schäfler from there.

The trail passed just below the climbing site where we spotted some action on the rock, before our trail gradually started to steepen and finally reached the summit of Schäfler, and the guesthouse up there.

The guesthouse has a dorm, but also some cosy little two- and four-bed-rooms. Food is superyummy including some Swiss classics such as Rösti and Chässpätzli We spent the evening exploring the surrounding mountain ridges, climbing onto some of them for photo shoots and generally enjoying the beautiful scenery and the sunset.

Sunrise was only viewed through the window of our room, since we were too tired to actually climb out of the cosy beds. A nice breakfast and three cups of coffee later we were finally good to go and set off on the tiny trail along the ridge, that took us to the base of Säntis. The trail itself was fun winding itesl along the ridge and the rock formations it took us through were simply spectacular. We took so many foto stops we probably took twice as long as one usually would on this route.

Unfortunately the trail up to the summit of Säntis was still snowed in, so we only hiked to Mesmer, another cute little restaurant. After a quick lunch we started the big descent that took us rather steeply down into the valley and to the mountain lake Seealpsee. Here we took our time to rest and swim (it was freezing!) and afterwards to fuel up with some fries before the final leg of the trip back down to Wasserauen. 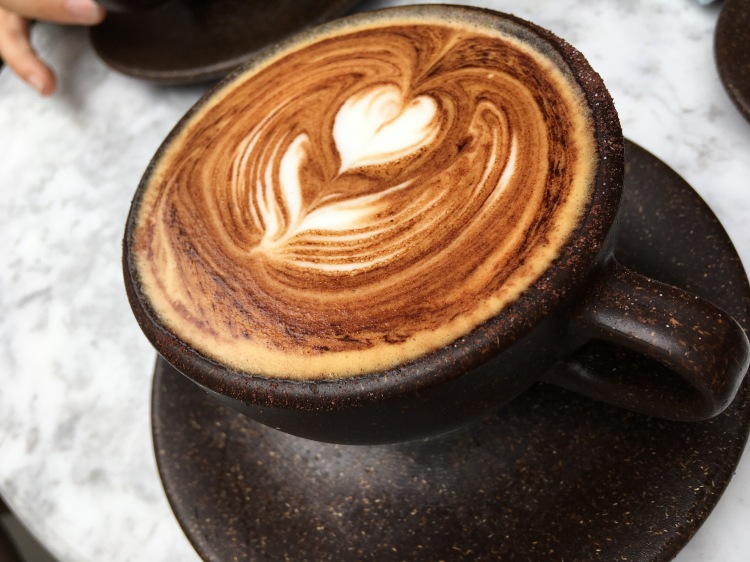 I love writing about the places I discover, and want to keep this website free. However, if you find something of use and inspiration to you on my blog, please consider a donation. It will keep me in coffee and thus the blog content coming. Your support matters greatly and I appreciate it!

🌱Always excited to try out new sustainable daily use products and laundry day just became a lot more fun and ecofriendly with the super lightweight laundry detergent strips from @bluuwash, that I got to try out. They are free from microplastic, packaging can be fully recycled and there are no nasty chemicals going into our waters 💦 (Also, do care about the planet 🌍, but also care about your fellow humans that are still making the harrowing journey across the mediterranean and show the charity of your choice some love ⚓️ #jugendrettet)
❄️😍 every year: kinda enjoying the warmer spring days, kinda wishing for more time to play in the snowy mountains 🙈 Throwback to a beautiful, but icy cold escape to a winter wonderland in Val Fex 😍 #coldstoked #protectourwinters
🌍🌱 Think global, act local 🙃Making my kitchen and laundry a little more planet-friendly still with these sustainable (and pretty) products from Swiss social and ecological start up Mr. Green @recyclingheld s online shop, whilst reading up on collective action towards a more sustainable future 🌿 #abfallfreiewelt #mrgreen_recyclingheld
❄️ 🐿🌲Back when we were hiking and wintering in winter wonderland in beautiful Surselva...😊🏔❄️ #coldstoked #protectourwinters
🌍🌱 With small social gatherings nowadays taking place mainly at home I find my recycling goods piling up rather quickly at the at the moment, so I am quite happy I get to give the recycling subscription by Swiss start-up @recyclingheld Mr. Green a try. It‘s super easy and super convenient. Step 1: Receive welcome package within three days after ordering online. Step 2: Fill bag with all your recycling goods: glass, cans, batteries... Step 3: Place bag outside next to your door on collection date. Listen to the birds and smell a flower while at it. Feel good about having done a little something towards a more sustainable future 😊 #abfallfreiewelt #mrgreen_recyclingheld
❄️ Throwback to some January joys: Winter-hiking between Brigels and Waltensburg in snowy winter wonderland. Memories of much treasured times in Nepal upon encountering these prayer flags in the Swiss alps. A week of cabin life cooking all the vegan favourites and lots of quality time with the best friend to counter pandemic fatigue. With „The Stand“ Stephen King wrote the ultimate pandemic novel and I highly enjoy it 300 something pages in (there is another 1000 to go). Other book highlights of 2021 so far include Wintering, The Milkman and The 6th Extinction. There is a new Goat Girl album and it’s awesome. I am re-watching Mrs. Maisel and it’s just as wonderful as the first time😊❄️🏔#wintering #cabinlife